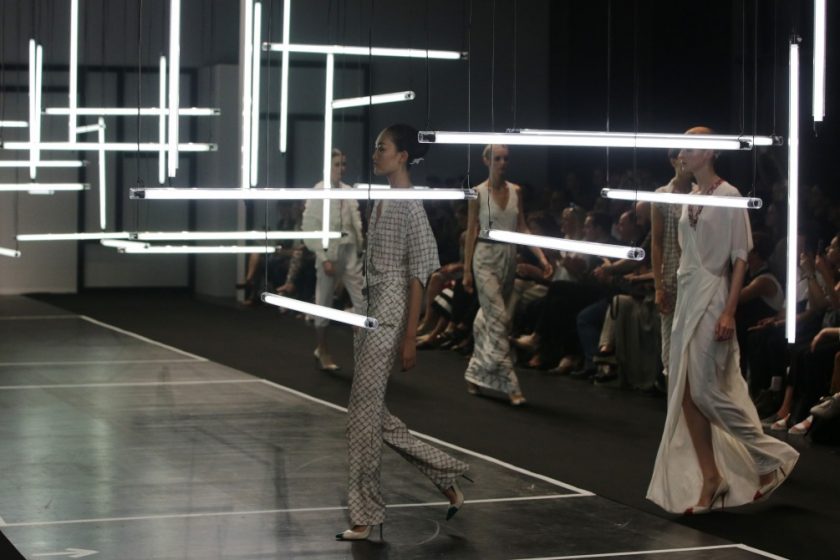 Removed from the crowd and noise, seasoned designer Dawid Tomaszewski illuminated the stage at the Tischlerei der Deutschen Oper with his SS 15 collection on day two of Mercedes-Benz Fashion Week Berlin. The spring/summer season finds Tomaszewski both lightening and softening up with a lambent collection dominated by loose fitting silk gowns, cashmere knits, and bold red accents, sparingly employed. Tomaszewski’s geometric and abstract print work borrowed inspiration from early 20th century Suprematist art, as did the light installation. As with any Tomaszewski collection, there was a heavy dose of tempered glamour working within the frameworks of a minimalist aesthetic. Over the years, Tomaszewski’s skillful sense of restraint has allowed the label to thrive in a city averse to ostentation. While plenty of floor grazing, draped evening wear was sent down the runway, they were in no sense demonstrative or gimmicky. Weightless bomber jackets and sporty trousers added a youthful touch to a collection clearly aimed at an older and more formal crowd.

Back at the Stadion, Tim Süssbruch of Barre Noire presented an extensive collection of commercially appealing looks for men and women highlighted by numerous iterations of brocade tops, shorts, trousers, and dresses. Midi skirts, floral themed pieces, and duster coats — all safe trends for spring — created a wearable collection brimming with texture and colors. At fashion week, there are collections that stun you with their novelty and there are collections that make you want to buy. Barre Noire belongs to the latter group, which is in no way meant to be an insult. The label has a knack for pinpointing the current consumer pulse and adds quality and depth when executing each trend.

The Designer for Tomorrow award show brought a touch of star quality to the day two, with Tommy Hilfiger acting as this year’s designer patron to the Peek & Cloppenburg initiated award. Last year’s winner, Ioana Ciolacu, opened the show with her latest collection, showcasing an array of sporty yet feminine pieces, dripping with influence from last year’s DFT patron Stella McCartney, who mentored Ciolacu this past year. The five finalists this year – a pleasantly diverse set of designers – then sent their looks down the runway, which saw everything from billowing knitwear to dramatic crinoline costumes. Matteo Lamandini, whose men’s wear collection fell closest to Hilfiger’s own body of work, was announced the winner and will spend the year working on a new collection to debut at next year’s award show. 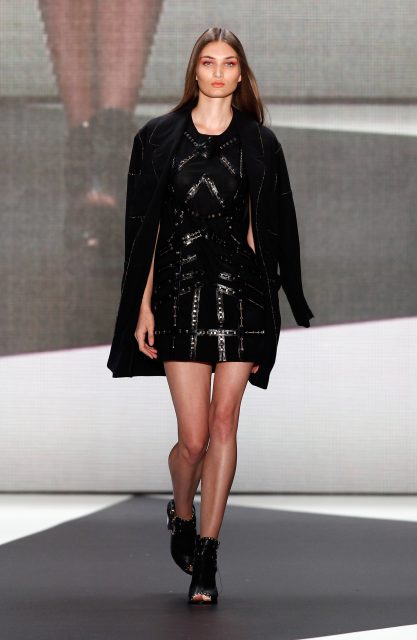 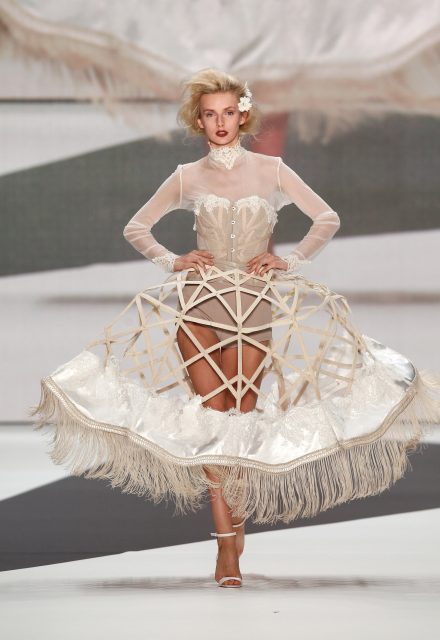 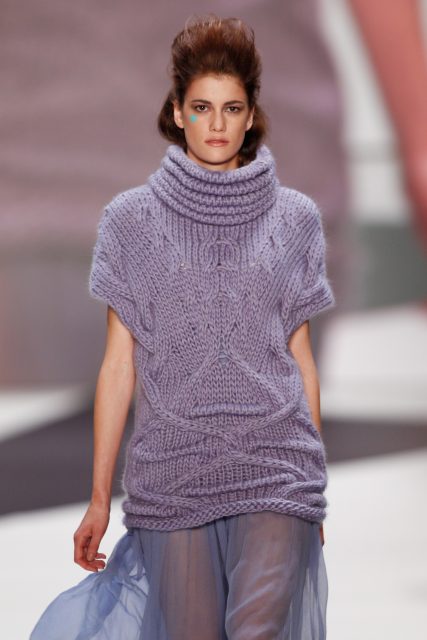 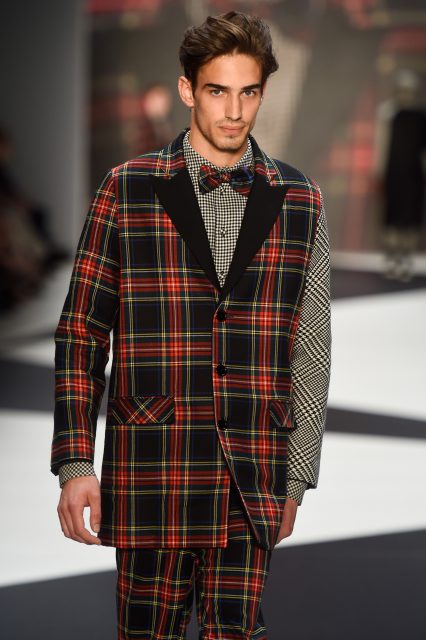 Lala Berlin closed out the day back at the Tischlerei der Deutschen Oper. After last season’s sexy rocker chic collection, SS 15 finds designer Leyla Piedayesh in a more quiet and contemplative state, celebrating the label’s 10 year milestone. Lala Berlin has always been inspired by and constructed for the urban dwelling woman. Its airy spring/summer collection cleverly devises styling flexibility with separates crafted from a bevy of fabrics that can easily be combined to create lightweight and functional looks that are rich in texture. 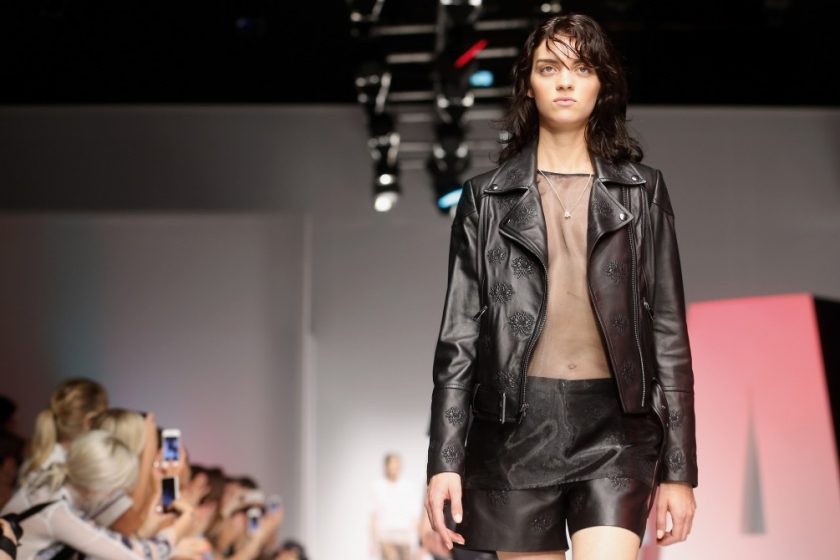 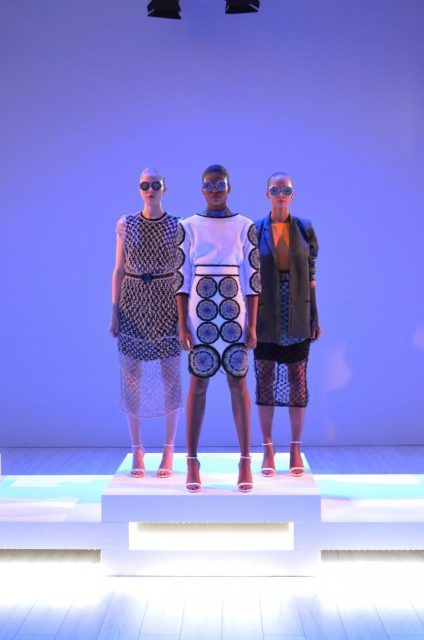 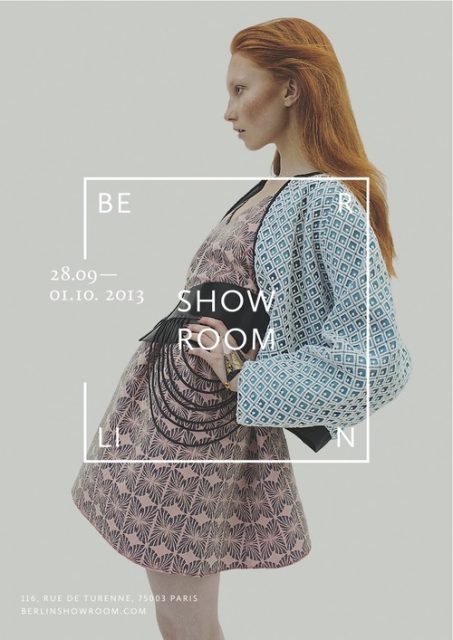 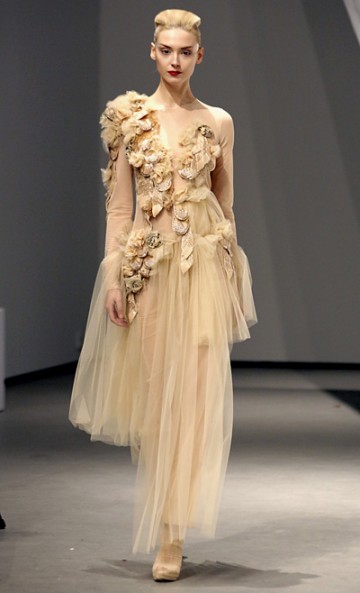 Not One Of Those 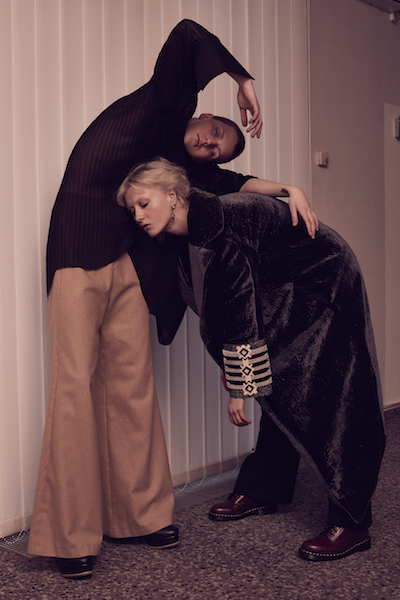 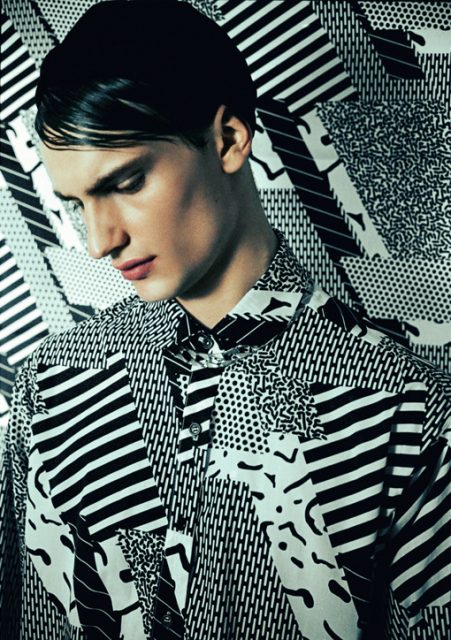