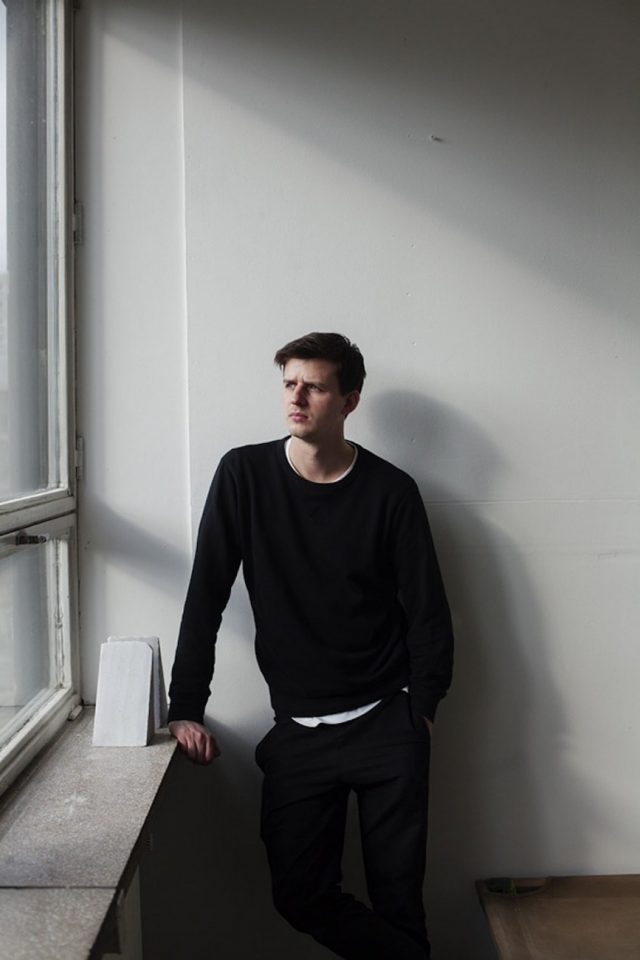 Fashion photography proves itself an increasingly conflicting realm, often entailing a high opportunity cost between artistic integrity and commercial success, and the cold quelling of emerging photographers’ creative potential and ambition. Yet Berlin/London based Jonas Lindström appears to have been successful in straddling the tenuous boundaries separating commercial and critical acclaim; in conversation with Jennifer-Naomi Hofmann for Freunde von Freunden, to be found here, Lindström discusses his journey from the southwest German skateboarding scene to fashion’s headiest height, his forays into film-making, the importance of the organic moment and the benefits that polite refusal may yield. 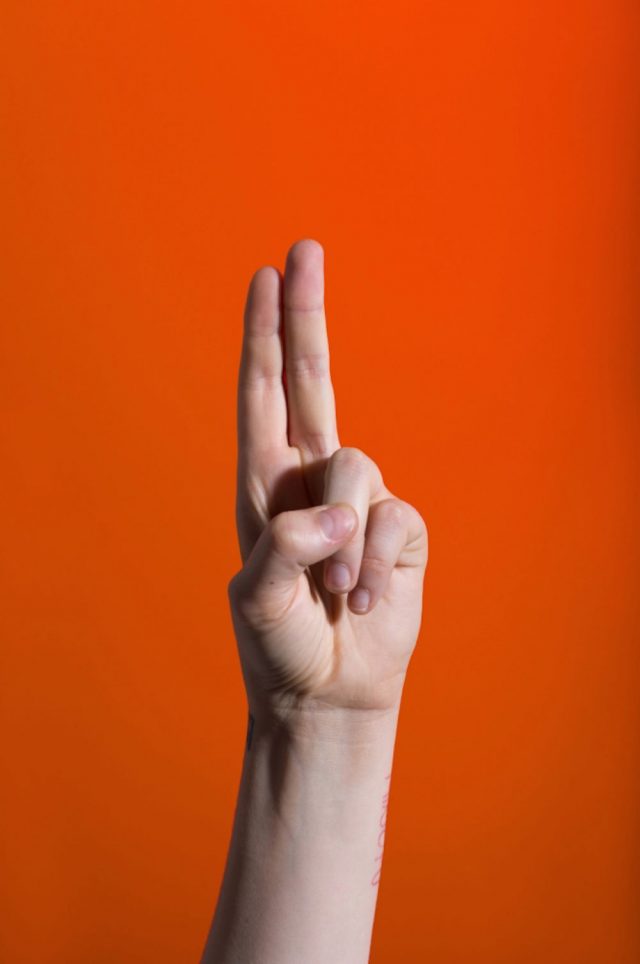 via Jonas Lindström for Tissue Magazine

Does the aesthetic of the skateboarding scene still influence you today?

Not really. I mean, it’s how I started getting into the whole image-making thing – a visual way of working. Very naively, of course, back then. But somehow that’s what I wanted to do. At that time, which was the early 2000s, it wasn’t about this nostalgic, grungy style. It had a more modern appeal, a very fresh approach. They were into typography and their language was quite clean. That’s what I liked – it wasn’t only about photography. We were taking pictures, putting them in magazines and making films. That’s essentially how I work today. I’m not only a photographer but also a filmmaker, and I’m very much into the intersection of those disciplines. That evolved naturally from the skateboarding thing – everyone was doing everything. 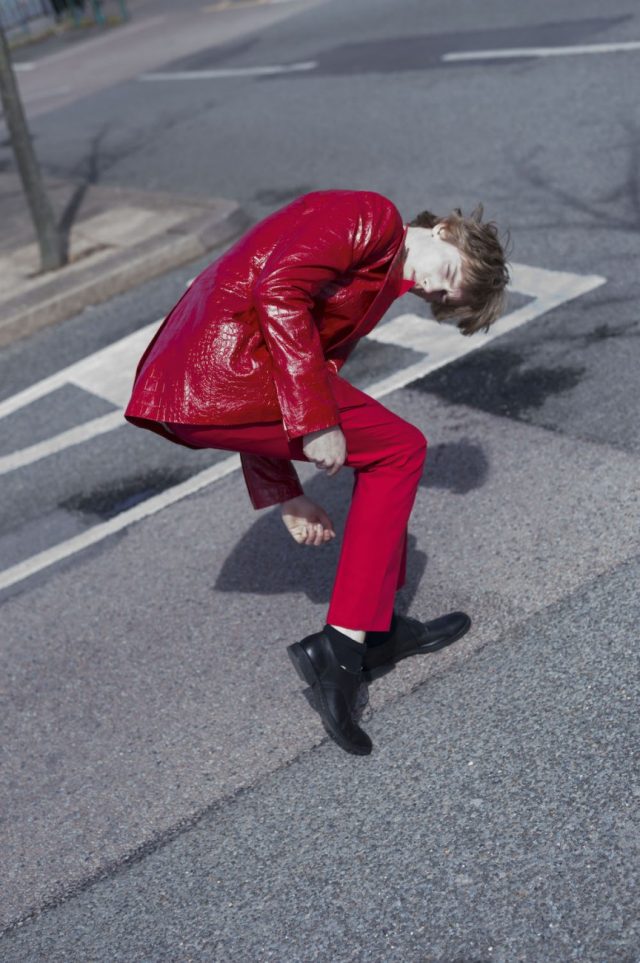 How did you eventually graduate to fashion photography?

When I finished school, I kind of wondered what to do and what to study. It’s this topic where nobody can really give you any advice. So I looked at photographers in Germany who I liked and I started assisting a fashion photographer. I think it evolved from an interest in skateboarding to an interest in human beings. I was never shooting landscapes or architecture, I was always interested in people. Fashion just felt like this area where you can play around. But I was also doing a lot of other things on the side, so I decided to study visual communications. Again, it was this idea of not only focusing on photography, but embracing everything around it.

How do you explain your startling success during and immediately after art school?

A lot of it was due to my friends – the ones I share this studio with. We basically grew up together since we moved to Berlin, and we were always pushing each other to do our own thing. We were working and trying to get our stuff out. We had no idea what we were doing, but we tried anyway. Also having that safe harbor of our university was very important for that. It was always something we were embedded in. Then we started getting approached by people and publishing our first things. It was very small in the beginning, but it grew bigger over the years. So by the time we were graduating we could pretty much switch directly. Nowadays, I’m based between Berlin and London. 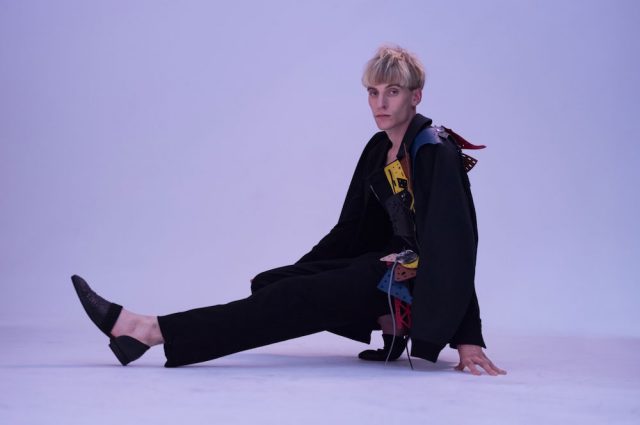 via Jonas Lindström for Metal Magazine 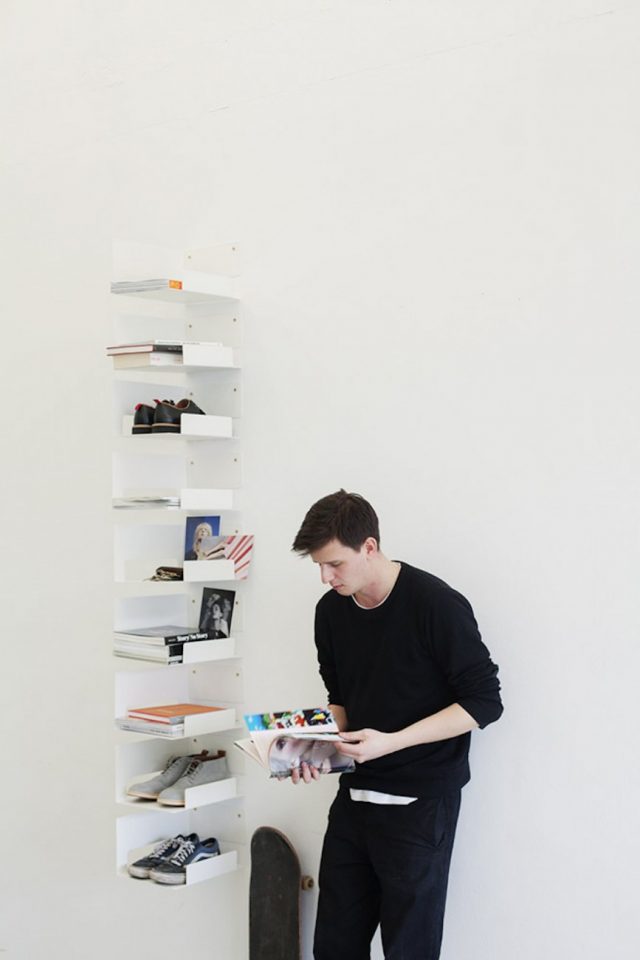 How difficult is it for young photographers to keep their vision in face of monetary offers and accolades?

I think it is a problem. In fact, I held some workshops at a school in London a while ago, and I was surprised that their questions were so commercially driven. It was all, “So how do I get this published? How do I get into this magazine?” While I was thinking, “Focus on your own work. You haven’t even finished a straight set of images, which is completely fine, but don’t try to bring them out.” The problem is that if you show your work to a commercial audience too early, you are pinned to it. It’s much harder to fight for your right to do what you really want to do, because they will push you around. But if you develop your work to a certain extent, and only then get into these publishing relationships, it’s on eye level. 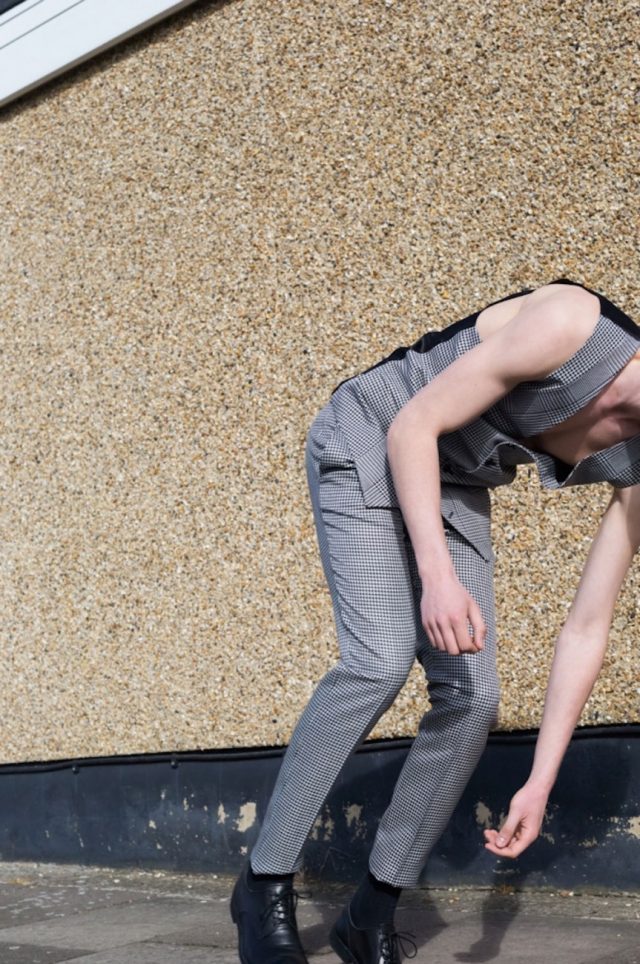 Did you learn that the hard way?

I was always trying to strike a balance between what I need for a living and what I need for myself. Of course I was doing work just to get paid, but that’s fine if you don’t lose sight of what you want to do. But there have been situations, and I learned from them. It’s about saying, “No.” When you start out and someone approaches you for something, your first instinct is to say, “Yes, let’s do it somehow!” Then you come to set and you realize, “Shit, I don’t feel right here.” Nowadays, I think about it much more. It’s this weird situation where sometimes you turn down money, because it’s the right thing to do. And that is hard in the beginning. 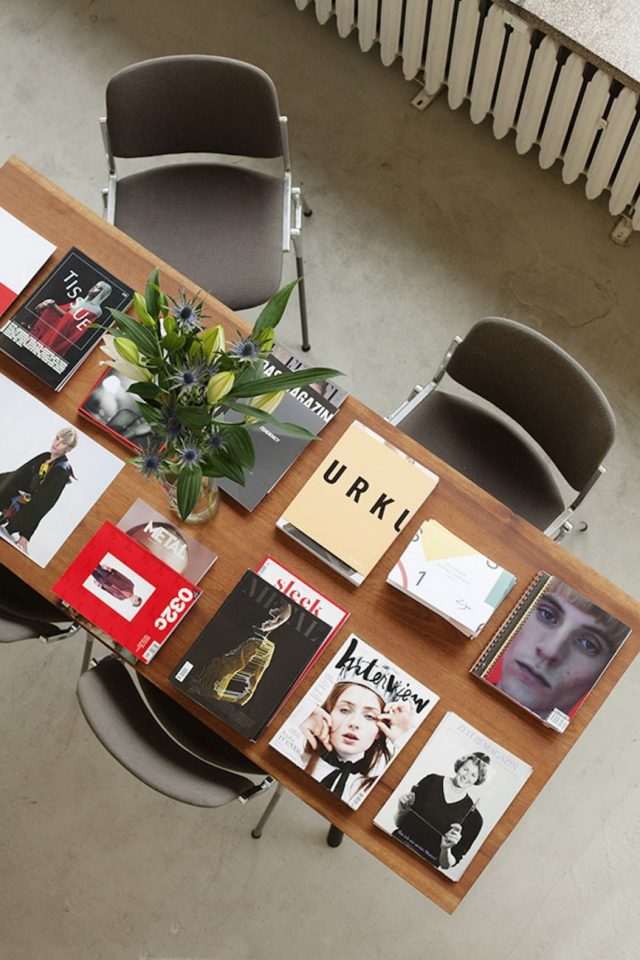 Do you think there is a connection between artistic integrity and sources of inspiration?

Yes. I’m very skeptical about the whole mood blog thing, for example. I think they are cool, and I look at them, but in the end they are all images by other photographers. It feels like copying. If you’re a fashion photographer who only gets inspired by fashion photography – in the long run that doesn’t feel right. At some point something new has to develop. Getting inspired only by other photographers’ work will never create anything new. I think there needs to be a translation process when it comes to inspiration. You take something but you have to apply it and make your own thing out of it. Even if it’s something you see on the street, you have to translate it into the medium you work with.

How does that process apply to the confines of fashion photography?

I like downplaying the whole fashion part. I like seeing real life turn into something else in a split second. It’s this human being in front of me, in a particular environment, and I’m elevating that so it becomes something else – a shape or an expression or a form. In fashion you take these inspirations and put them in a different context. That’s how it becomes relevant. It’s not so much about the clothes anymore. Rather, it’s an expression or an image or a pose that is very relevant to fashion at the moment. In and of itself, fashion is a construct of a community, and it’s not only about the clothes or brands we wear. It’s more generally about how we express ourselves as human beings. When your approach to fashion is as broad as that, a lot of interesting things can happen. 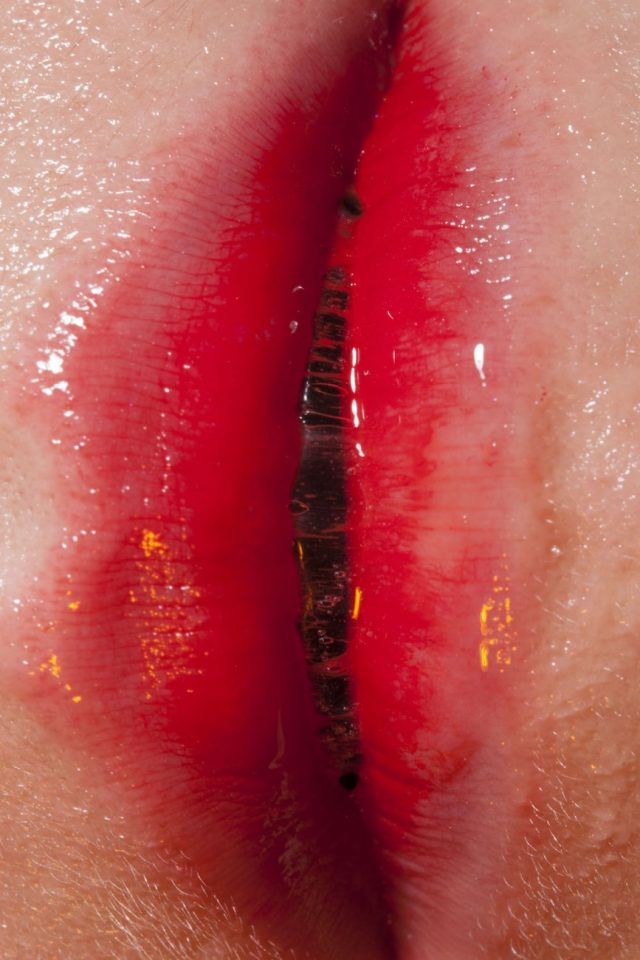 Abstracting fashion like that, do you sometimes view the industry critically?

I think it would be hypocritical to say that I do. In terms of casting, however, yes I do. I think the whole “very young model” thing is weird. You find yourself in that situation where you suddenly realize on the day of the shoot, “Oh, again. The agency told you she’s 17, but she’s really 15.” I think the general approach to models is a weird one. You come on set and the person you shoot with usually doesn’t know anything about what you’re doing. It’s nice to break that and try and get something out of the person in front of you. And usually, when you find the right approach, they really like it. I avoid this strange system by finding the people I work with and making that my own. This doesn’t always come across in the pictures. Often my pictures are very stylized, or about something else than the character. But it’s the general mood of working like that that makes everything I’m trying to do much more possible. 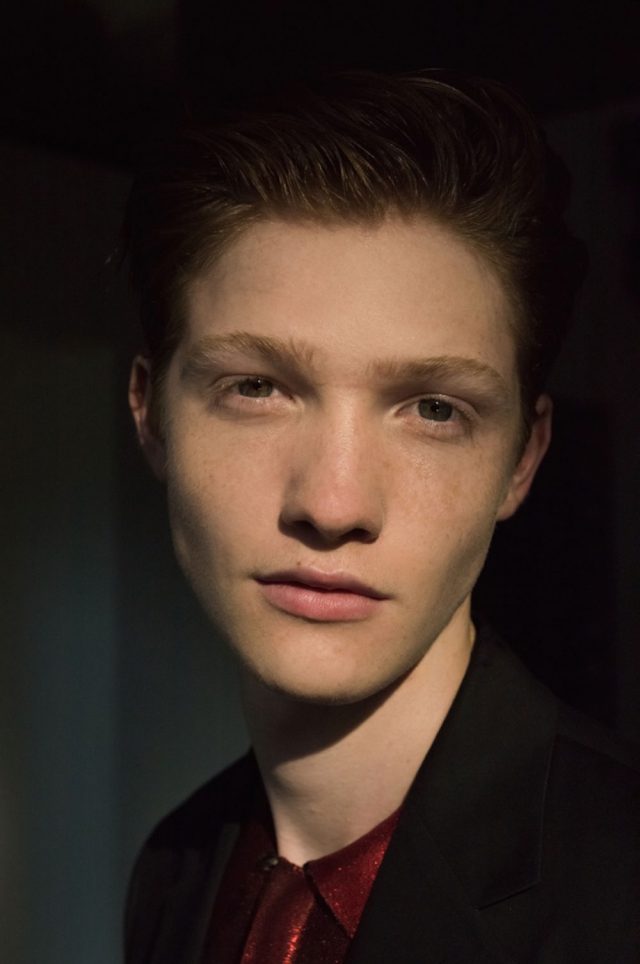 What are your casting criteria then?

There are certain people that I find very inspiring to work with in how they approach their role in front of me. It’s quite a nice synergy. I also like what happens when you work with someone over and over again. To see what they do with a situation, even if the story I’m shooting is something else. I was in Moscow for a fashion shoot a while ago, and we actually had time to absorb the place. Really taking my time with a place and its people has been something I’ve been getting into. It breaks up the traditional structure of a photo shoot. We planned the story and casted these boys on site. And just putting them into those clothes and seeing how they react – stuff happens you could never come up with beforehand. And all that because you walked through a city with open eyes. I can imagine putting the people I met there in a different context down the line. It’s fascinating because they obviously change as well. 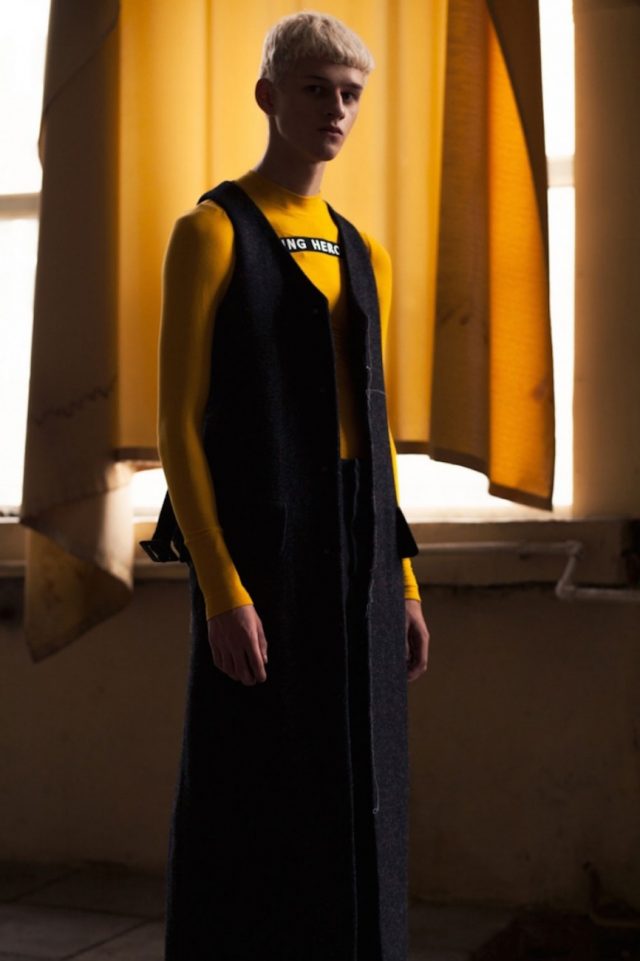 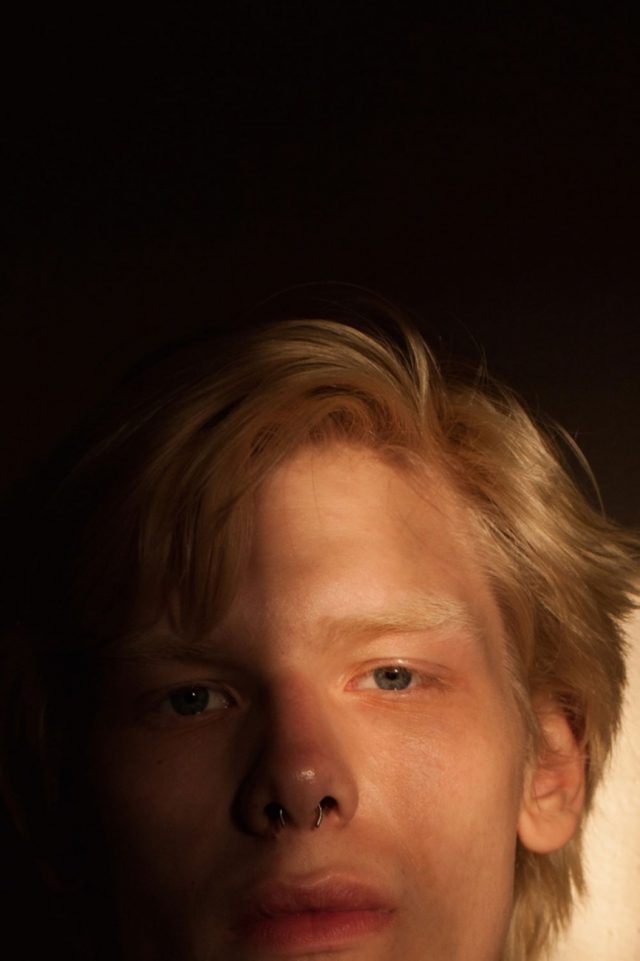 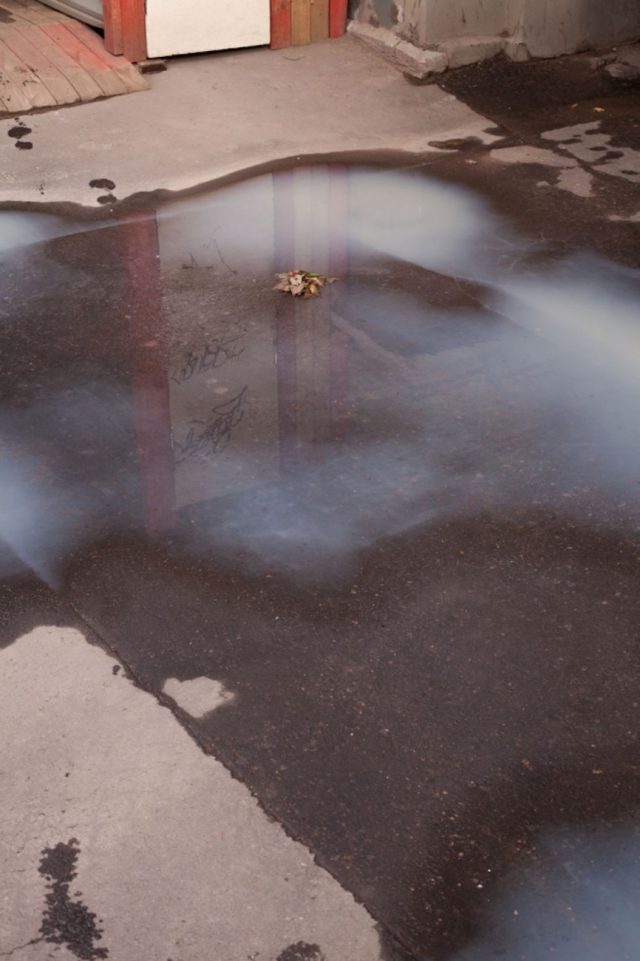 Do you have a concept before you start a fashion shoot?

Essentially, fashion photography is about controlling all elements. You communicate a lot before the shoot, with the magazine and the stylist. You set the location, model and the team. But that’s just the framework. The funny thing about photography is that it’s all about the moment. Everything can pretty much change on set. As a photographer I’d like to have the freedom of coming on set, seeing something that is more interesting to me, and go with that rather than with what I’ve been thinking about theoretically for two weeks. You try to plan everything and conceptualize everything but there’s a thing that is very much about the moment, something that is happening in front of you. I very much like reacting to that. And that is essentially what photography is – reacting to the moment.

How would you like to look back on your body of work in the future?

Filmmaking has become more and more important to me over the years. I directed my first music video last year, and I feel like I’ve only scratched the surface. During the process I realized that my role is in directing, with someone else handling the technical side. All this doesn’t mean I want to abandon photography, I really like the play between the disciplines, and I want to keep that up. But now I feel that the film projects I’m interested in are starting to detach me from the fashion aspect. I’m more interested in a proper approach to film in terms of narrative. At some point maybe I’ll even work on a feature film. 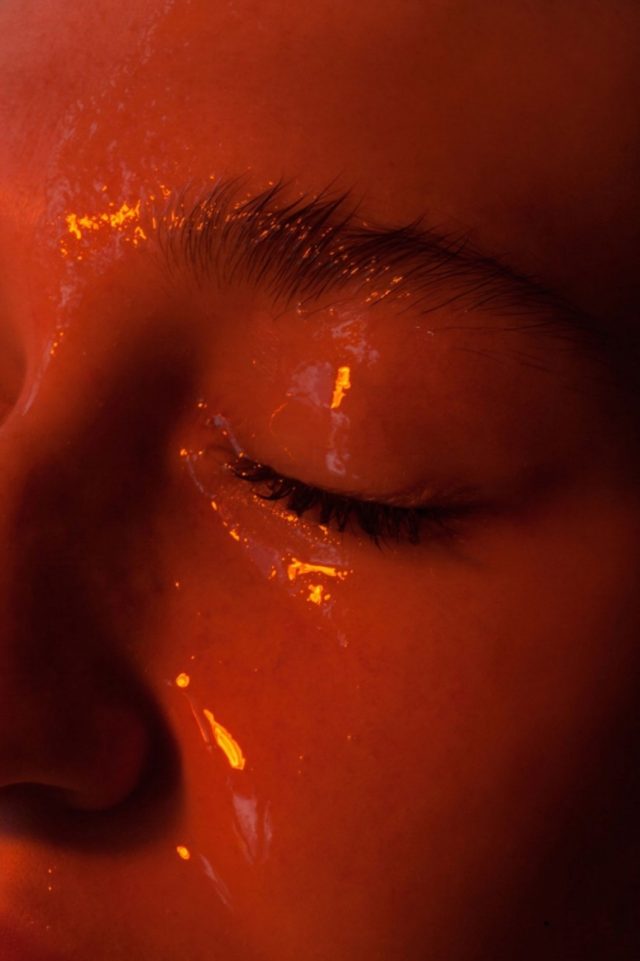 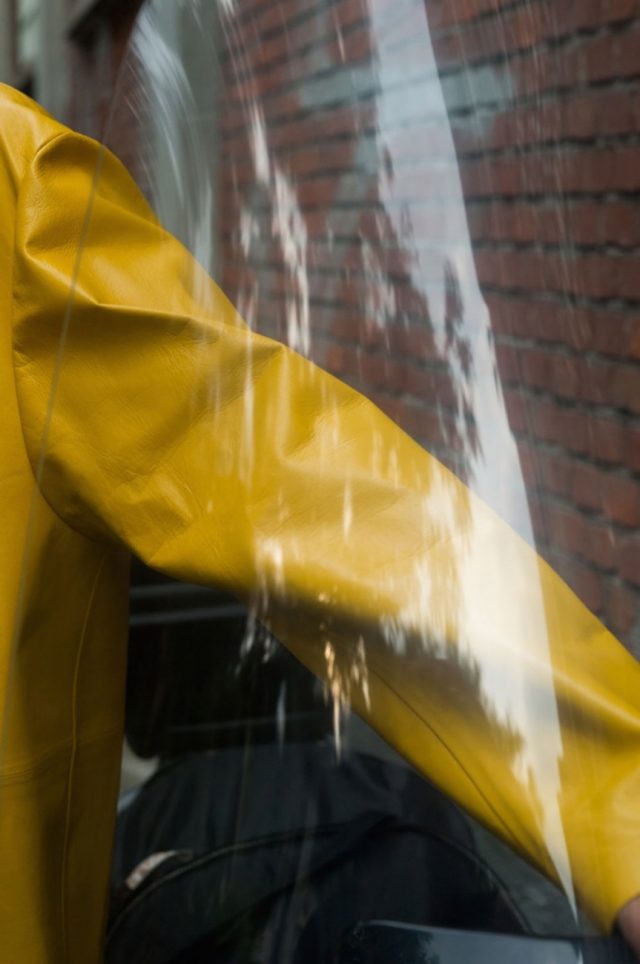 I think the things I’ve done so far have been very character driven – and driven by a limited number of people and their interactions. It’s something so basic, but also so vast. There is constantly something to say without it feeling old. Relationships are connected to things around you, and change because of that. It’s not necessarily the only thing I want to make films about, but I think it is interesting – to use relationships between people in order to display the realities around them. I think it’s everybody’s quest to figure out relationships. 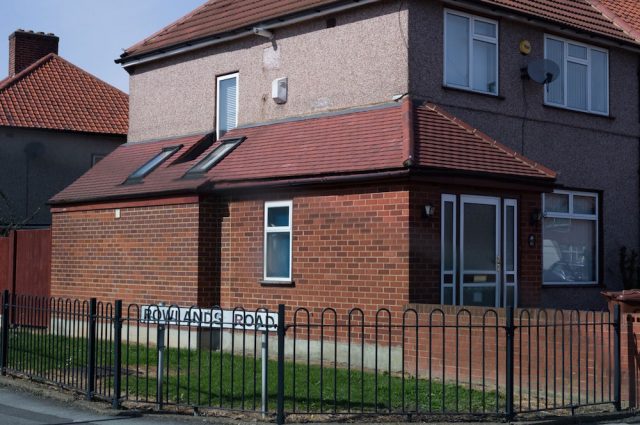 Be sure to head to Freunde von Freunden, where, alongside this piece, you’ll find a wealth of in-depth conversations with those standing at the vanguard of contemporary creative practice! 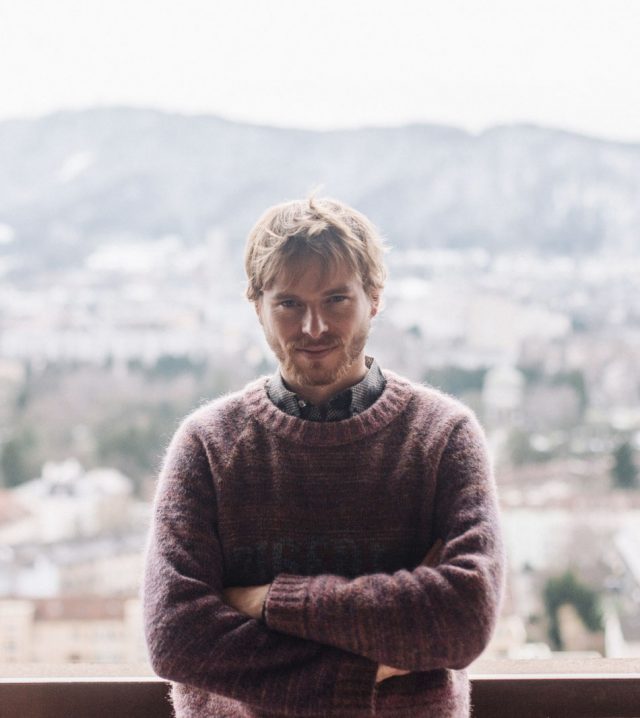