Originally from a small village in East Germany, Tanja Bombarch has been based in Berlin for the last eleven years. A multidisciplinary in all regards – although her background is in fashion, she also dances on the fringes of performance, music and film. Recently, she has been focusing her energy on artistic direction and is the founder of a “transdisciplinary project” series CATALOGUE OF DISGUISE (COD). The project aims to invite performance artists, sound artists, designers and the audience alike to renegotiate who they are and to support Berlin’s creative scene. “COD deals with choreographed identities in times of the internet and escapism, which I translated into performances, installations, and videos throughout the years”, she explains.

On the 22nd of June, COD celebrated the premiere of its latest film project: ALOW at Trauma, Berlin. It’s a fashion-forward production filled with spellbinding dancing and music that makes it hard to look away from the screen. The film encompasses the works of three young and independent designers – one of those being Tanja, and the other two Laura Gerte and Don Aretino. The film will be presented throughout the festival season and has not only been selected by the Burbank International Film Festival in the US, but it has also won an award at the 18th ReelHeART Film and Screenplay Festival in Toronto, Canada.

We caught up with Tanja following the premiere to find out more about the film, her creative process, and how she picks the perfect designers to breathe life into her vision.

Œ: Congratulations on the premiere of ALOW at Trauma! How did it go? Was it well received?

Tanja: The premiere went well! It was amazing to have most of the team present and to celebrate with them. Together with Simone Antonioni, the composer of the score, we created an immersive sound installation inspired by ALOW at Trauma. Since the film was also shot there, it felt like you were already part of the narrative even before the screening.

Œ: Why did you choose Trauma to present the film besides it being the shooting location?

Tanja: When Trauma was brought to life, and I started working there with the idea of creating fashion projects, I quickly moved into making bigger productions with a more interdisciplinary approach. I always worked at the intersection of different disciplines, so this came naturally to me. Trauma facilitated the right environment for this – from the equipment to the possibility of working with the space itself. Since ALOW is a multidisciplinary production, Trauma seemed like the perfect fit.

Œ: It’s such a cathartic feeling to witness everything finally coming together! Looking back to where it all began, what initially got the ball rolling?

Tanja: ALOW is the fourth project of the CATALOGUE OF DISGUISE series, and I have been working on it since 2019. During Corona, things got postponed, and I made a smaller video production in-between called HAZE, which examines reflections of the existing conditions of 2020 in a fragmented way – combining arthouse, fashion, and mainstream culture. That influenced the process of ALOW. Usually, I start a project by conceptualising the core vision and collecting ideas for it before I begin putting the team together and working very closely with sound artists, fashion designers, choreographers and dancers.

In the case of ALOW, my vision was loosely-inspired by the cyberpunk novel Vurt by Jeff Noons with its dark and nightmarish mood. The story describes different dream worlds, which you can choose to enter. These immersive journeys with the underlying wish for escapism turn into experiencing a fickle and unsettling relationship with reality. 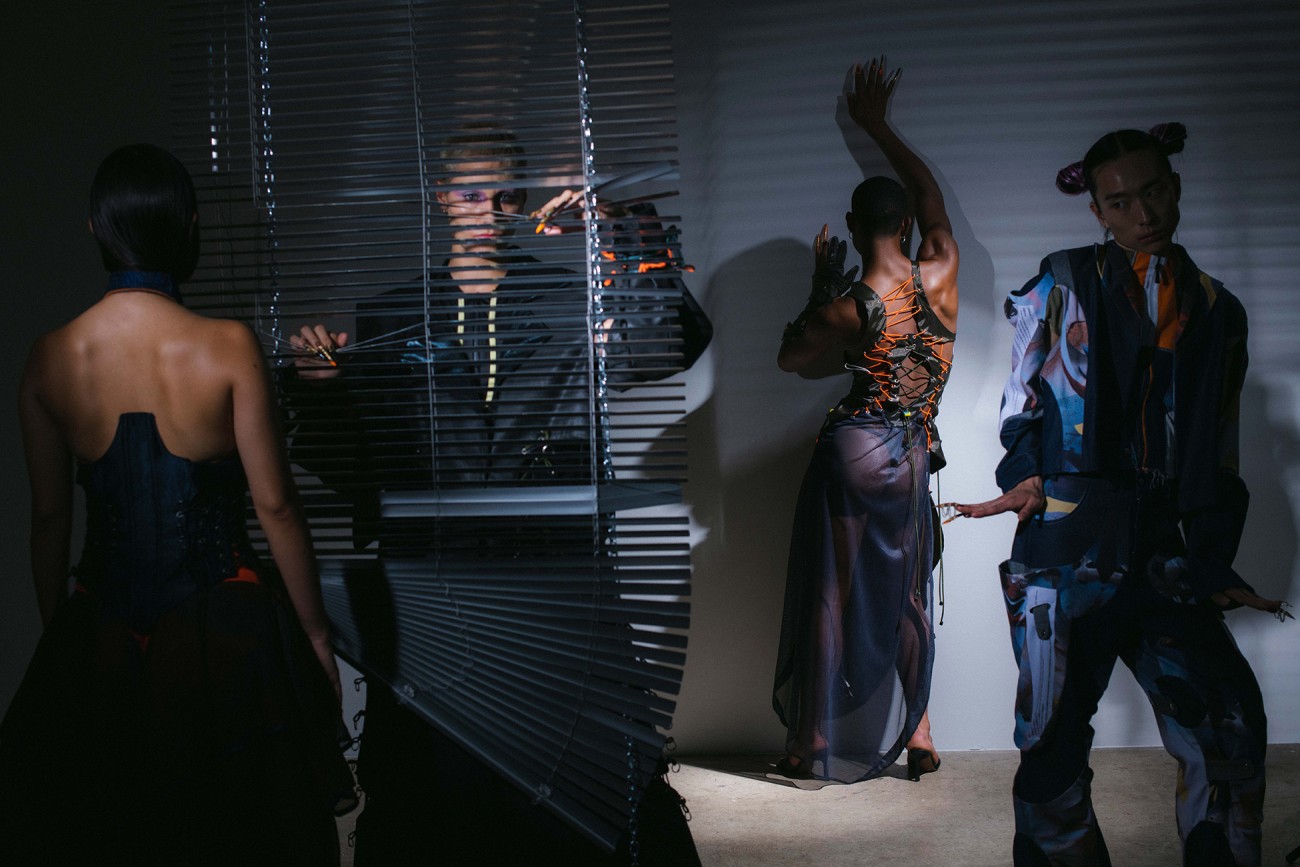 Tanja: ALOW is a hallucinatory nightmare characterised by pervasive anxiety, loss of control and trepidation lurking under the surface of three different escapist encounters. It explores feelings of restlessness and overstimulation in a fragmented way whilst it examines uncertainty as a collective state of mind, simultaneously haunted by notions of a lost past and anticipated future.

It is about how a dress tells a story; how a piece of clothing becomes the frame of a new narrative while questioning who we are and what disguises mean to us. The idea was to create a shared experience that evolves around fashion to shape a cultural perception of it by dissolving the borders with other disciplines.

But in the end, each discipline is equally important as the next. It is a non-hierarchical approach, where every aspect is crucial – sound as much as fashion as much as performance – for example, a Monet painting, where colour, composition and form are equally essential for the overall experience of the work.

Œ: Fashion dominates in this film – I would assume this was your intention? Why is fashion so essential to film?

Tanja: Certainly, this was an intentional decision. The project series draws elements of fashion to question how truth can be found in disguise and delve into the psychology of dressing up. Self-presentation, a negotiation or dialogue between self-identity and the social realm become a constant performance in our digital life.

Much like music can complete a visual narrative and bring the viewers’ overall experience to a complete aesthetic happening, so does fashion. Perhaps more subtly, its involvement is crucial and telling of many aspects that cannot come across in any other way. 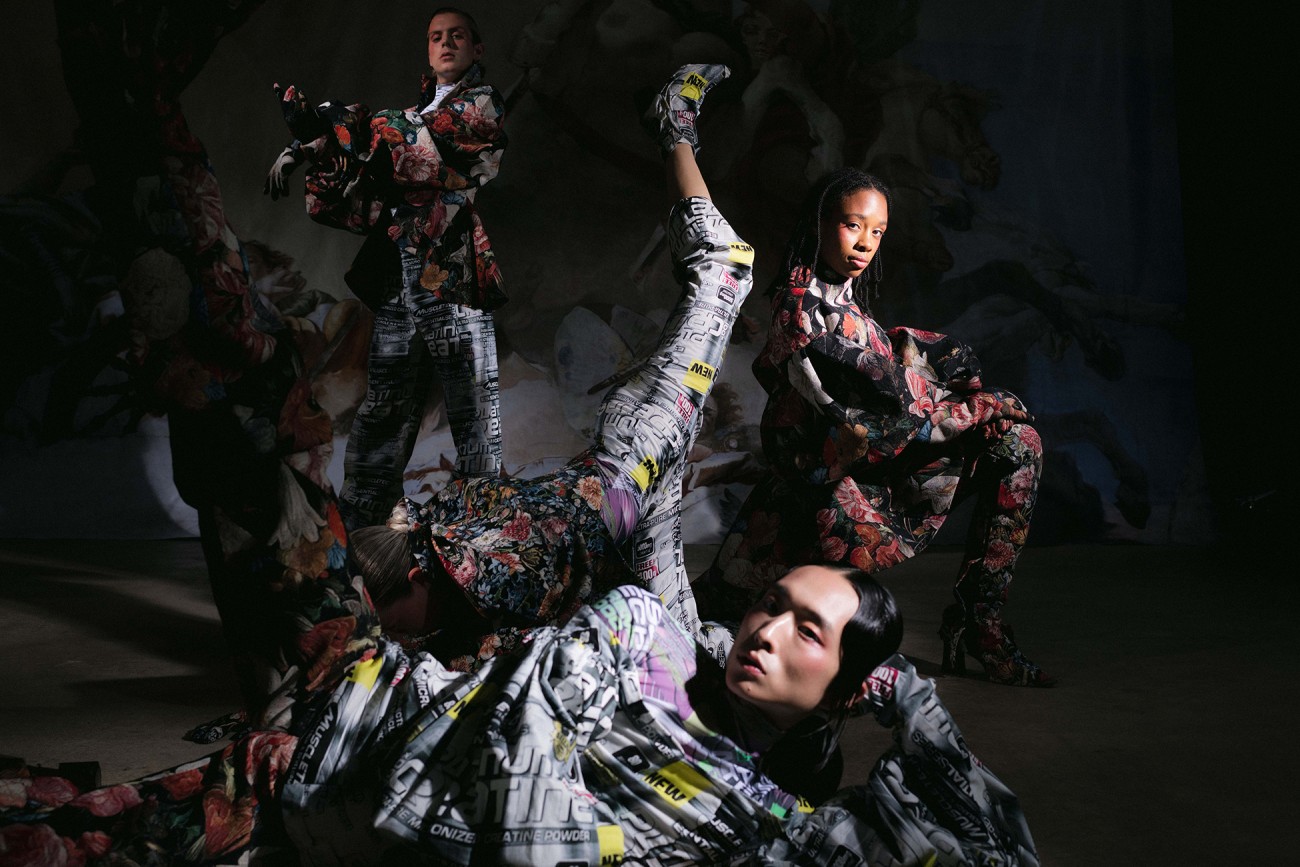 Œ: How did you select the designers to achieve the image you had envisioned?

Tanja: The designers were already part of it from an early stage. I selected them based on their strong aesthetics, and whether the designs already inhabited a paradoxical character in some way, which I could incorporate into the dream world I had already imagined.

I wanted the collections to be as juxtaposing as possible, so each “room ” (as we called it within the team) has its own world with characters. For example, Laura Gerte’s aesthetic of her outfits already had this association with bodybuilders, but with the twist of historical references. It fitted very well with my vision, and I immediately thought of movements and music to accompany that.

Œ: Which directors have been impressionable on your creative career generally and more specifically with this project?

Tanja: There are quite a few, but Akira Kurosawa, Ingmar Bergman and Derek Jarman have all influenced me a lot. Especially Kurosawa’s understanding of movement and working with it was very inspiring.

For ALOW, I was inspired in particular by the intensity and immersion Gaspar Noe creates in his films. And by the movie 2001: A Space Odyssey by Kubrick – regarding how the music and score communicated most of the film, as there were barely any dialogues.

Œ: Are you now finished with ALOW? If so, is anything exciting on the horizon?

Tanja: The film is still running through the festival season and we will release the soundtrack of ALOW under the independent Berlin-based record label VERLAG later this year, which I’m really looking forward to. And otherwise, yes, there are for sure new things already in the planning at the moment.

Œ: For those wanting to see ALOW – where can they catch it?

Tanja: There will be a public screening in Autumn in Berlin. A date is not set in stone yet, but we will announce it via the CATALOGUE OF DISGUISE Instagram account – so keep an eye out for that. 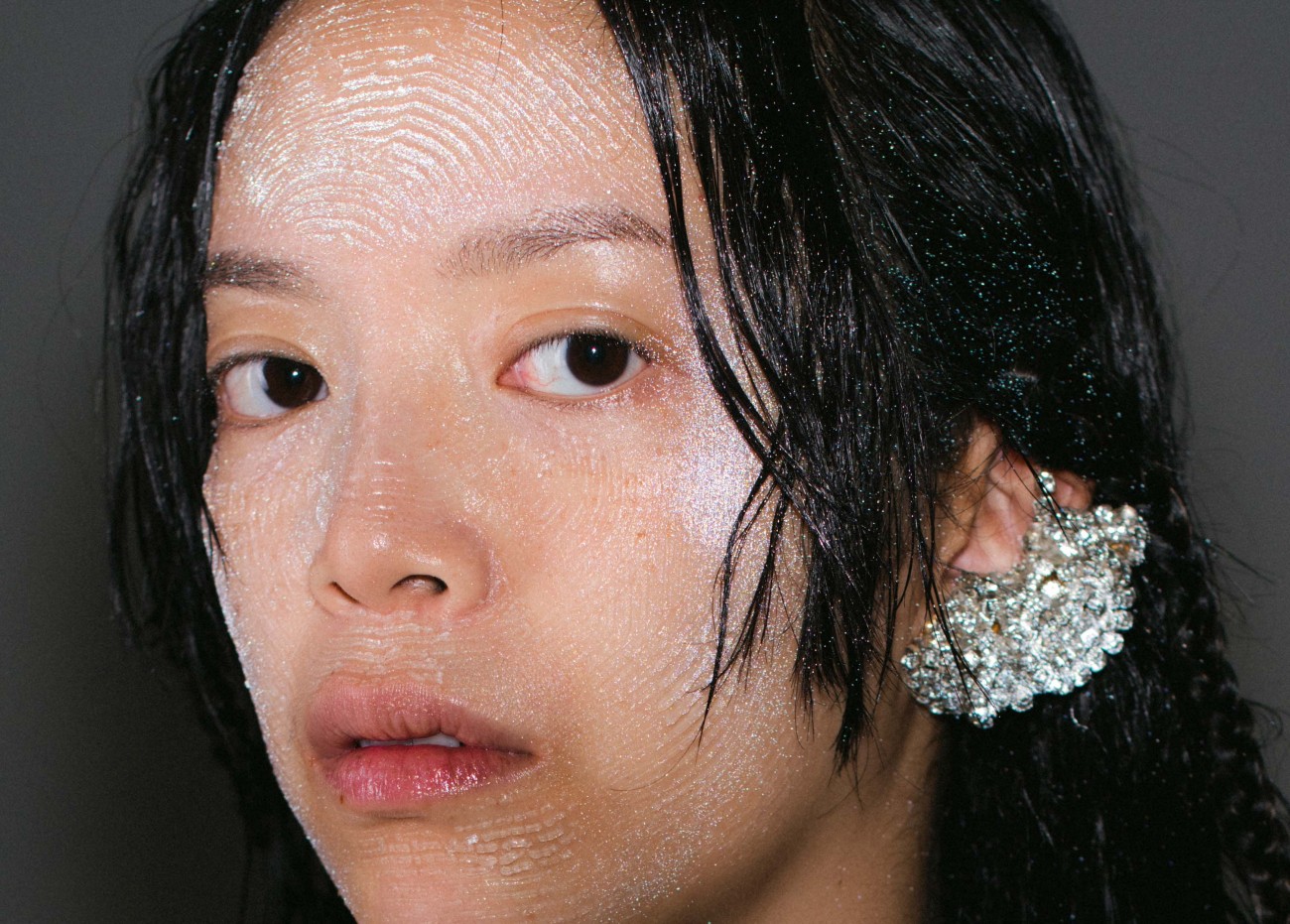