That agility and versatility are requisite for a successful run in the fashion industry is a given. For agencies, and stores alike, the striking of a tenuous balance between the satiating and the shaping of market demand is an endeavour that requires consistent hawk-eyed attention. As with any market, while gambles may often pay dividends, what may initially seem a minor error of judgment can result in unforeseen collateral and reputational damage, the punishment often exponentially greater than the supposed crime.

Running a foothold in Charlottenburg’s Bikini Berlin since it’s April 2014 opening, LNFA (Live Networking for Fashion and Art) is living proof of the benefits to be reaped from bucking the trend, plainly demonstrating that the creation of a dynamic fashion enterprise needn’t predicate on the placing of all one’s eggs in one basket. With Sevil Uguz at the helm, the operation encompasses an active PR agency, consultancy and networking forum, all nestled within the jewel of its imperial crown, a vast space of industrial décor, serving as a commercial platform for young designers both local and international.

Beginning in a slightly humbler setting, since taken over by German luxury label Odeeh, with a crop of approximately 25 designers, the last two years have seen meteoric rise upon rise for the concept store-cum-agency. With the figure of stocked designers since surpassing 90, LNFA offers what is perhaps the city’s broadest and most varied curation of independent designers, with local scene pillars such as Ivanman, Isabell de Hillerin and Hermione Flynn peppering an illustrious roster.

Despite what such a rapid accrual of stock imply, LNFA’s project is all but wholly commercially motivated: “we [want] to maintain a platform where designers can improve themselves and their businesses […]”, says Sevil, revealing a near-altruistic facet, providing a trusty business ear to designers often selling for the first time. After all, as the stereotype goes, many emerging designers, though outstandingly creatively gifted, are simply not endowed with the shrewd business acumen imperative to industry success. “We’re in constant contact with [our designers]; we don’t just want to be their business partners, we want to offer them active support. For example, if a designer comes to us saying they want more editorials in magazines, we reach out to relevant stylists on their behalf”. Such attentive fostering of sustainable development is facilitated by the internal collaboration between LNFA’s variant components, the organisation’s very crux. Indeed, what better way for a PR agency to acquaint itself with the habits and particularities of its brands’ consumers than by operating a fully integrated sales platform that allows for first-hand interaction with them?

So what first inspired the expansion in so many fields? According to Sevil, it’s quite simple: “if you just focus on one field, retail for example, the building of a reputation, the development of an image and general improvement is far more difficult. […] No one needs yet another concept store.” This is of course not aided by the Berlin’s playing host to a smorgasbord of world-acclaimed concept stores, Darklands, Oukan and Voo Store among them, each with a distinct aesthetic and conceptual focus. While a common denominator of refined product selection is par for the course, a key distinction sets the retail operation of LNFA apart from the aforementioned; while they predominantly deal with fully fledged brands, LNFA strikes at the core, preoccupying itself with designers, often creatives still in the infancies of their careers.

While dedicated to an attentive nurturing of emerging talent, the immediate geographical and physical contexts of LNFA naturally have a marked implication on the store’s displayed selection. While Voo Store’s courtyard setting by Kottbusser Tor lends itself aptly to Berlin’s bevy of moneyed millennials, Bikini’s location off the city’s primary commercial thoroughfare, Kurfürstendamm, is attracts a near polar-opposite, if perhaps more diverse, crowd. “70% of LNFA’s clientele are tourists from all over the world, yielding an extremely varied client base”; with such an indiscernible target market, it simply isn’t viable to cater exclusively for “the fashionable young businesswoman, or for the guy who spends every Sunday in Berghain.”

Given the wealth of positive development that the last two years have brought, it almost feels odd to ask what lies in the pipeline. Yet LNFA has no plans to slow down, gearing up for international expansion. The first stop? Switzerland, where the opening a space in collaboration with one of the nation’s largest retail conglomerates is currently being pursued. On the agency front, LNFA is intimately involved with the setting up of the Euro Fashion Award, a newly established initiative whose philosophy is a near mirror image of that of LNFA. To be held at the Kaufhaus Görlitz, famously the shooting location for Wes Anderson’s The Grand Budapest Hotel, it serves as an opportunity for young European designers to have their work assessed by an illustrious panel of industry leaders, with the added bonus of being within a chance of gaining up to €30,000 in prize funds.

And this is where the key to LNFA’s unprecedented success dwells; though chided by the press for an ignorantly perceived lack of identifiable focus, focus lies where it matters most, facilitating open communication between designers, consumers, buyers and all other relevant spheres. If anything, their integrity as a concept driven initiative is impermeable, offering exactly that which is stated on the tin, “Live Networking for Fashion and Art”. 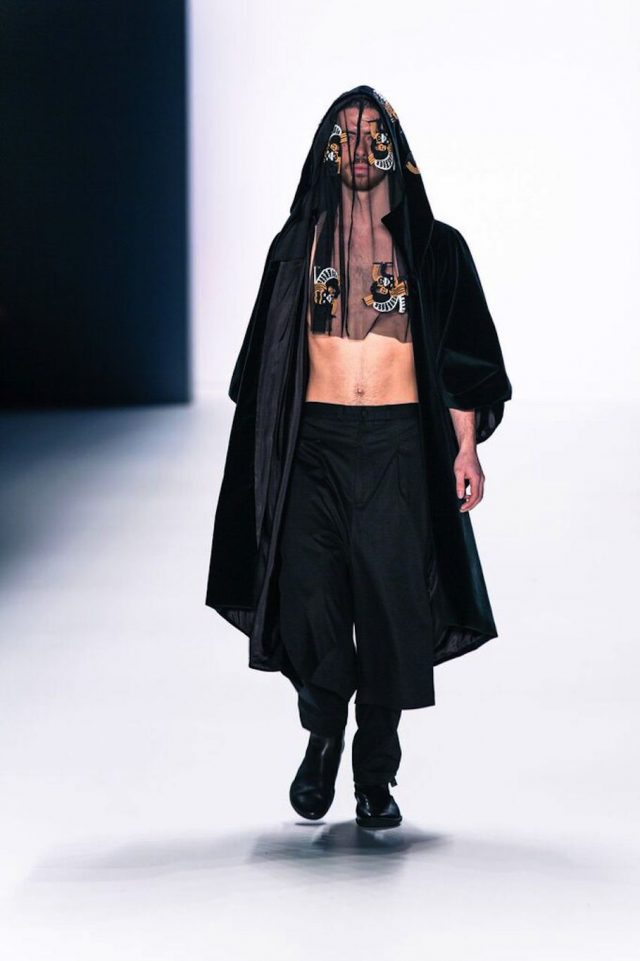 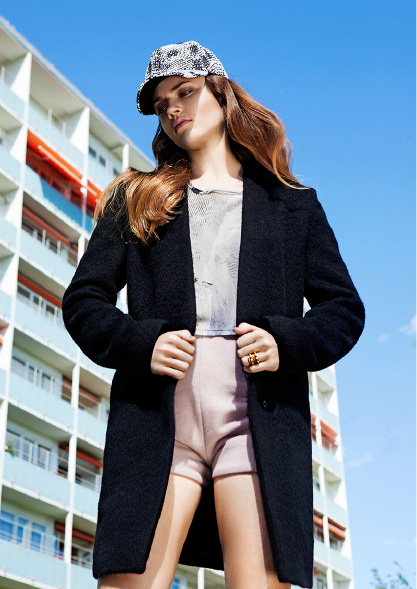 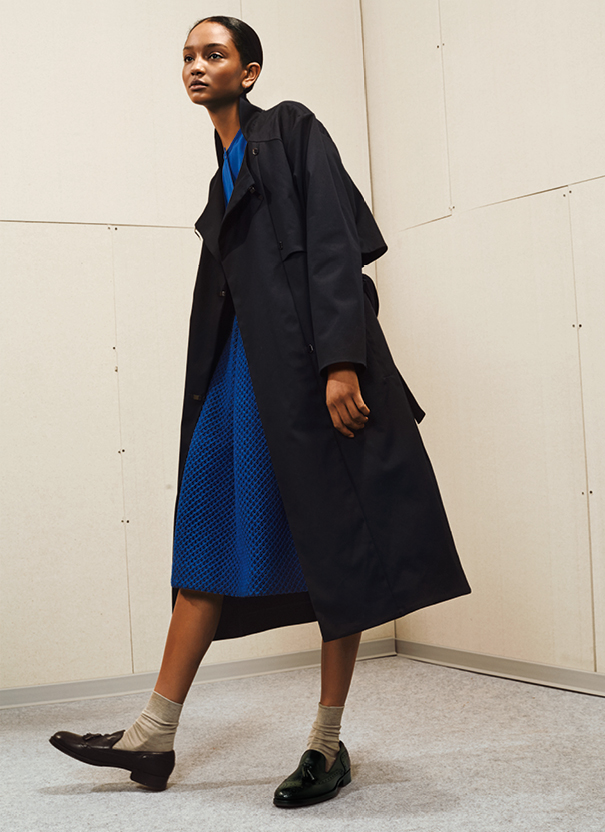 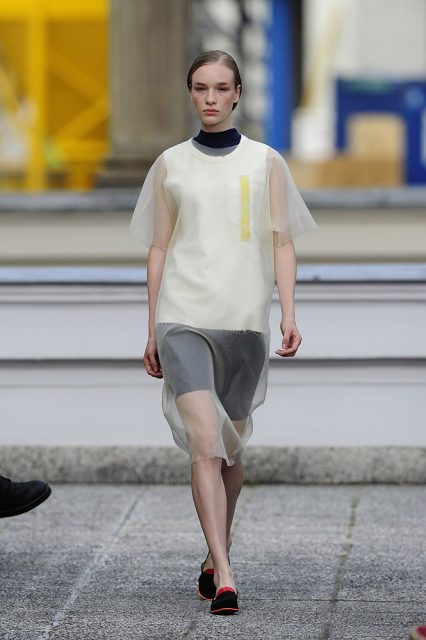 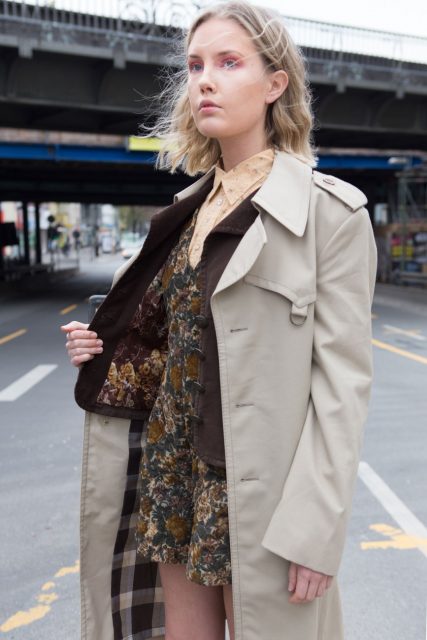