Whilst most of us struggle to find one thing in life we’re actually good at, the more able have the opportunity to dip their paintbrushes in many of life’s colours. Isabel is one of those gifted beings. Although born in Frankfurt am Main, their formative years were divided between Germany and Spain. In fact, it’s this mix of Spanish and German blood that Isabel believes has given them just the right amount of fervour and Gründlichkeit (thoroughness) – an alchemic mix of fire and earth.

With a resume that includes everything from indie store owner to fashion photographer, in more recent years, they have been making an effort to engage with their musical talents. Falling in love with electronic music in 1987 after receiving their first keyboard, a move to Berlin following Berghain’s opening party only intensified that relationship. Since then it has been collecting tapes, curating vinyl selections, learning modular, and finally, the formation of their alter ego PANTER NOISE.

We caught up with Isabel to find out more about their recent DJ and Production adventures as PANTER NOISE, and all the other cool stuff they’ve been doing in between.

Œ: Last weekend, you were playing at the CURSED Party at Untertage Club in Mehringdamm. How was it to be back behind the decks?

Isabel: I had SO much fun! It was such an amazing venue joined by the loveliest power-ravers I could’ve imagined! I enjoyed every minute so much, so good to share the love and energy on the dance floor again. CURSED is a brand-new party series that kicked off with a bang. We had it on the Easter weekend – we replaced music as our saviour and redeemer *winks*

Œ: Congratulations on releasing your latest album – CONFESSIONS OF THE SAINTS AND MYSTICS – how are the tracks on this different from previous creations’ of yours?

Isabel: Thank you! I started working on the album a year ago, then I put things on ice over the last six months of 2021. It was a time when I felt like I just had nothing to say… But now I’m back on it and I have divided some tracks into a mini-LP, which will be released on tape on the 22nd of May on a lovely, small Argentinian label called INTERPLANETARY Records.

Compared to the other music I created before, it’s more breaks-industrial-experimental and hardcore-gabba orientated. Whilst the album is more raw techno, industrial, tech-core, and body-techno. The full album will be completed with a few ambient techno tracks and released on vinyl in Autumn this year. The upcoming album is also different from my previous creations in that I have recorded it all live. I just started playing modular synthesizer so it will be a completely different dimension! And yes, I am very much excited about this!

Isabel: It’s impossible to cut something unlimited down into three words, but I would try to describe it as raw-real, harsh, melodic-trippy… Oh damn, that was already more than three…

Œ: Which artists have inspired your music production the most?

Isabel: Oooh that’s a tricky question! My music production has been inspired by lots of different artists and bands, which I have listened to over the years – especially hidden tapes and underground music from the 80s, 90s, and early 2000s techno. I love the rawness of that sound. I sometimes miss that in today’s music. Music-making was all more about pure vitality, and the playfulness to explore and discover. Underground Resistance as a collective has always been an inspiration for me. They paved the way for the current techno scene a lot. I love their Techno Manifesto!

During the lock-downs of 2020, Thomas P. Heckmann became a bit of my mentor whilst I was working on my first EP. I always was inspired by his way of doing music, to stay focused on playing analogue-only – less digital, more raw realness. Music is not about perfection it is about transmitting feelings. It’s perfect even with mistakes. I love imperfect perfection. The natural beauty is edgier and more challenging for the mind, while the digital is completely overdone sometimes, a lot of nowadays music sounds too similar, too polished and also too copied.  But well, of course, there are advantages of digital technology I don’t want to miss, but still, I like to balance it out – digital-only can very much kill the working flow… And I am very happy and blessed Thomas is mastering my tracks and albums now.

I would love to name Tabea Blumenschein and the 80s cult art punk projects ‘Die tödliche Doris’ and ‘Geniale Dilletanten’. She was so fierce and is pretty much the mother of queerness to me. I just like her approach, the way she plays with identities amongst all binaries, destroying stereotypes as an artistic act. The art of denial is not only in aesthetics but also in her way of living, she embodied to me what is about in itself, to be everything but some commercial sell-out. She was so authentic, never straying from her path. I would highly recommend everyone to watch her movies and interviews! Talking about movies, I love Jodorowsky, Maya Deren, Chris Marker and Tarkovsky very much – they all inspire my art and music. 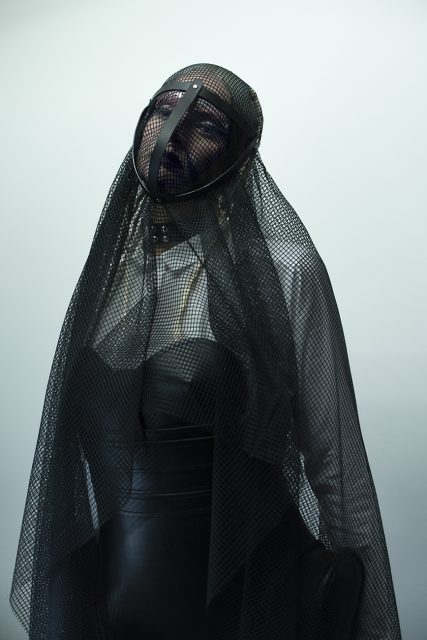 Œ: You’ve not only got musical endeavours, but you’re also pretty established within the fashion and photography scenes. Can you tell us a bit more about that?

Isabel: Yes indeed, I studied fashion design, which took me to NYC many moons ago, where I used to work as a designer and pattern maker. I founded my own fashion label in 2008 (IXK STUDIO) and had so much fun preparing the stylings for my lookbook, that I ended up working as a Stylist and Art Director for about 7 years.

Around the same time, I picked up photography – mostly analogue stuff and also focused on photography for a few years and was part of a few exhibitions. Then in 2019, I had the chance to open a little concept store in Neukölln called BLUE TITS located at Karl-Marx-Platz 15 in Berlin, where I now combine my love for art, design and music. I sell mostly local up-cycling and indie designer labels, plus some vinyls and tapes. We have art exhibitions and music events. But over the past 2 years, I finally got the chance to been focusing mainly on my music, which indeed is my biggest love. I feel like I’m finally making my dreams come true.

Œ: The techno community; especially the Berlin one, is notorious for being rather fashion-conscious, do you feel a pressure to keep up with trends not only musically but aesthetically too?

Isabel: Coming from the early rave scene, techno was more than a lifestyle, it was a movement, a rebellion and a mindset. It was never about trends or hypes – everybody was invited, every age and every style. There was no dress code and exactly that made it so special in the 90s after the status-oriented 80s. The movement itself comes from black queer and punk culture, which was a lot about creating safe spaces to express uniqueness. They were fighting for creating those safe spaces against the conservative norms of society.

In recent years, techno has become so commercial – which not only has made it very boring and uniform (the Berghain all-black look) – but there’s a disregard and lack of understanding towards those who were fighting for freedom of expression. We have all the opportunities to express ourselves nowadays, and so we should continue to be more daring and rebellious. That’s why I prefer playing queer and underground parties as freedom of expression is much more alive in these scenes.

That being said, I do come from a fashion design background so yes, I have high aesthetic standards when it comes to clothing and fashion. I love changing and playing with characters by dressing and styling myself differently every day. It’s a form of self-expression but it doesn’t have anything to do with techno. You can dance to techno in so many ways – naked, in pyjamas, in a wedding dress, or in fetish leather… Whatever makes you feel comfortable. I love and wear black it very often, its such a happy colour *laughs* But what’s most important for me is to just be myself!

I hope to see the community evolve into a more playful approach again when it comes to style and rave-wear.

Œ: What’s your favourite club to play in Berlin?

Isabel: Any club with a function one sound system!

Œ: As a non-binary artist, how well do you feel represented within the music industry?

Isabel: I feel it’s getting better but still, the whole industry – especially the techno industry – is very white cis-male ruled and orientated. The actual topic is still a lot about misogyny and sexism in our society. About what it means to be born in a female body, about our birthright of self-determination, and about expressing ourselves in our bodies without any harassment or fear.

We live in a world where it’s “normal” to see over-sexualised commercials or videos with half-naked to fully naked female bodies selling cars. Yet, if a FLINTA* individual chooses to dress in a way that makes them feel sexy, they are often harassed on the street, touched in the club or referred to as a “slut, bitch or whore”.

I don’t blame any males in particular, but the conditioning is so deep in our patriarchal system itself that we need to do a lot of active work to change this. We need to think about how we raise our children and what we teach them. Calling out misogynistic behaviours immediately and so on. I often have talked to cis-male artists about these things, rarely there is an understanding as to why there is still a need to raise awareness…

It was and always is about the music. No question about it. But it’s still normal to see more male-only line-ups and barely any FLINTA* only line-ups. At the moment, many party organisers are branding their parties LGBTQ+ whilst hosting cis-male only line-ups. It feels like they’re just jumping on the trend waggon of virtue signalling than actually trying to help. This won’t bring the change we need. It will only bring more confusion, division and lostness. Old keys won’t open new doors.

While we are being constantly overstimulated by media and everything is moving faster than ever before, our movement is not! So I wish the music industry and community will focus more on how we want to create this future. Let’s bring back meaningful rave culture!

The POC and punks from the 70s and 80s didn’t fight for us to have a capitalistic sell-out culture now! They didn’t fight for us to re-live the oppressive patriarchal structures and hierarchies on dance floors…
They fought for freedom of expression, diversity and living culture. With respect and tolerance for all humans and all species – this should be the spirit always. Rave is a revolution! Rave is a rebellion!

Œ: Where will we be able to catch one of your sets?

Isabel: Oh yes, finally we can dance again! On the 8th of July, you can find me playing for the lovely FLINTA+ rave crew SUBVERTED at the wonderful About Blank club in Friedrichshain. I will also play my first live act alongside Inter alia for an industrial Berlin crew called AUTONOMA INDUSTRIALE sometime this summer.

Oh and on a final note, I am planning a South American tour for Autumn 2022 to promote my albums, which I am really excited about!

To Be Your Dream / Mind 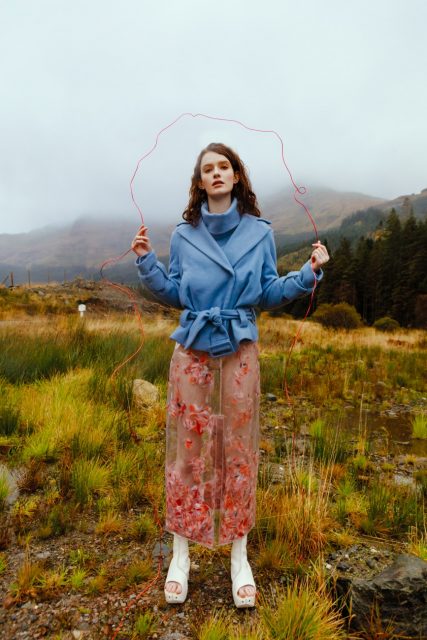 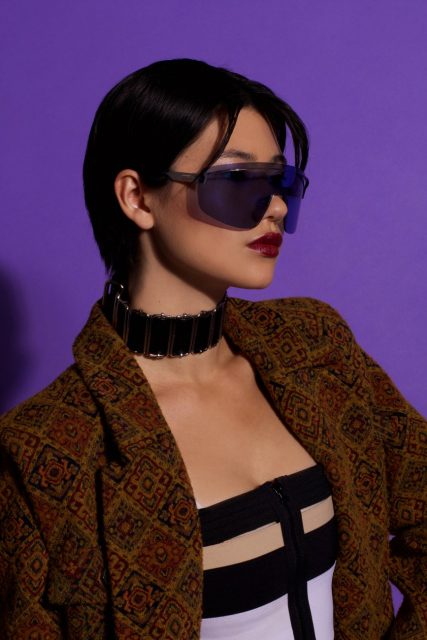 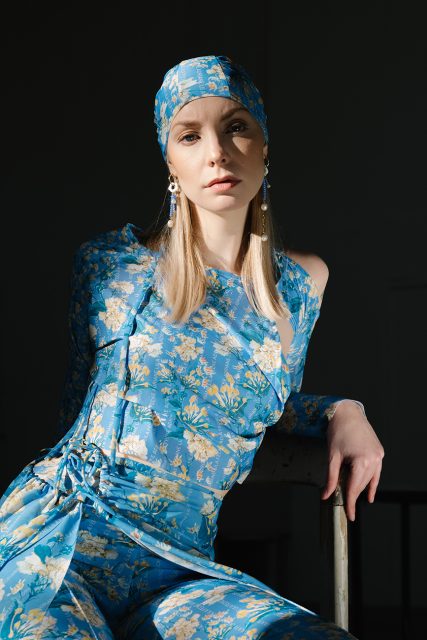 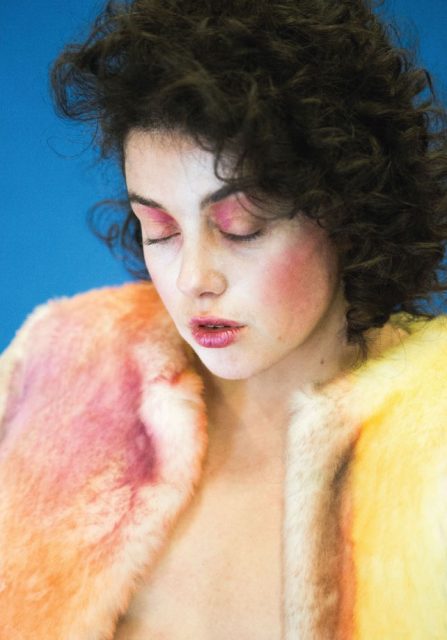