Sustainability and diversity were top of the agenda, with over 70 percent of the labels boasting green manufacturing. Moreover, some 80 percent were projects founded or led by women.
Sandwiched between Milan’s larger fashion weeks, Altaroma draws an alternative crop of creatives – many from smaller regions of Italy. Œ went to Rome to seek out this year’s hottest underground designers.

A standout on the runway, Italian upcycling label Simon Cracker is based on free-thinking, creative interaction and collaboration.

“‘Crack’ is the fundamental concept of my brand. It means destruction: cracking something useless and giving it a new life,” explains founder and Milan-local Simone Botte.

In one look, bunches of white tulle burst from the waistline of an oversized thick-knit jumper, while another sees a billowing bridal veil stitched across the chest of a Grace Jones ‘Nightclubbing’-esque suit-jacket.

“The wedding dress is the most important garment in a woman’s life: full of meaning, story and value,” explains Botte.
“The destruction and reconstruction of these meaningful garments has led to a broader reflection on ‘the feminine’, a feeling that today is abused as a marketing strategy or a seasonal trend, while its true essence and depth is overlooked.”

Outwardly, Simon Cracker’s looks are brutal, with delicate bridal offcuts ruthlessly reappropriated. But the contrast breathes new life into the tulle, crinolines, lace and embroidery – which once again become fragile and decorative in their renewed form.

“While each garment is reproducible, it will never be identical,” says Botte. “Simon Cracker is based on the idea of one-of-a-kind clothing.”

Rooted in that philosophy, Botte has devised his own brand tagline: ‘punkindness’. A conceptual portmanteau of punk culture and conscious attitudes, it’s the blueprint of all his designs. “This is the true element of disruption in the times we are currently living in,” he says.

Fun and free expression were the modus operandi, with models shelving the classic icy runway stare and half-walking, half-dancing down the strip to pounding bass.

“Casa Preti envisages a place to feel at home, with clothes characterized by clerical lines which, unchanged over time, have reached a level of truth and iconography,” explain the founders, tailor Mattia Piazza and Swiss architect Steve Gallay.

“That’s why the name merges the Italian ‘casa’ with the name of Italian Baroque-era painter Mattia Preti,” they add. 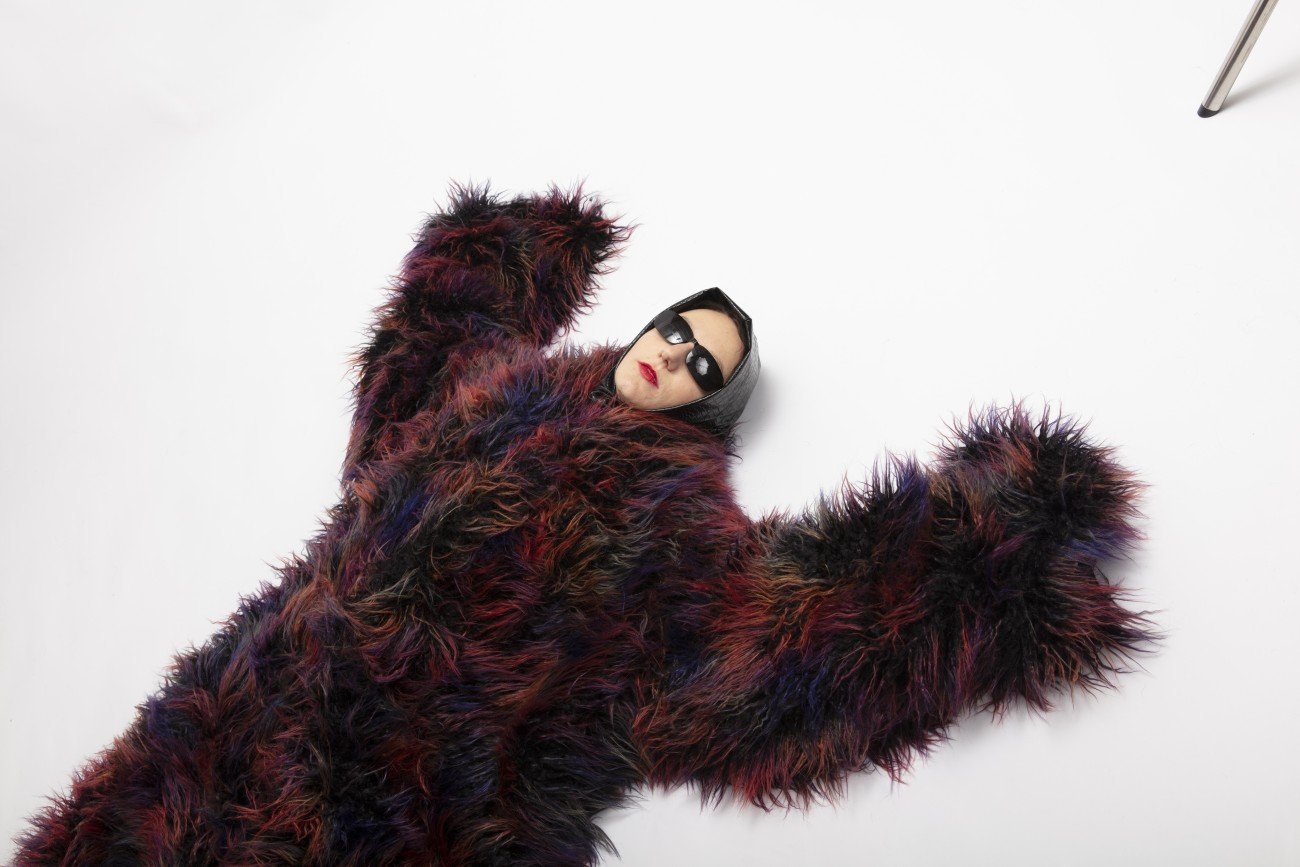 The new collection takes its cue from feelings of wonder and innocence. “It’s about an unconditioned lack of guilt and the naivety of children. Isn’t a lion innocent when it hunts a gazelle?” says Piazza.

In fact, Casa Preti worked with children under five to create fabric from their drawings for some of the garments. “Adults are quick to judge and voice ‘facts’ which they don’t know to be true. They apply morality to things they haven’t experienced personally,” says Piazza.

“We want a new, fresh and innocent angle to observe our times – to get to know new stories, so that every new tale can be naive.” 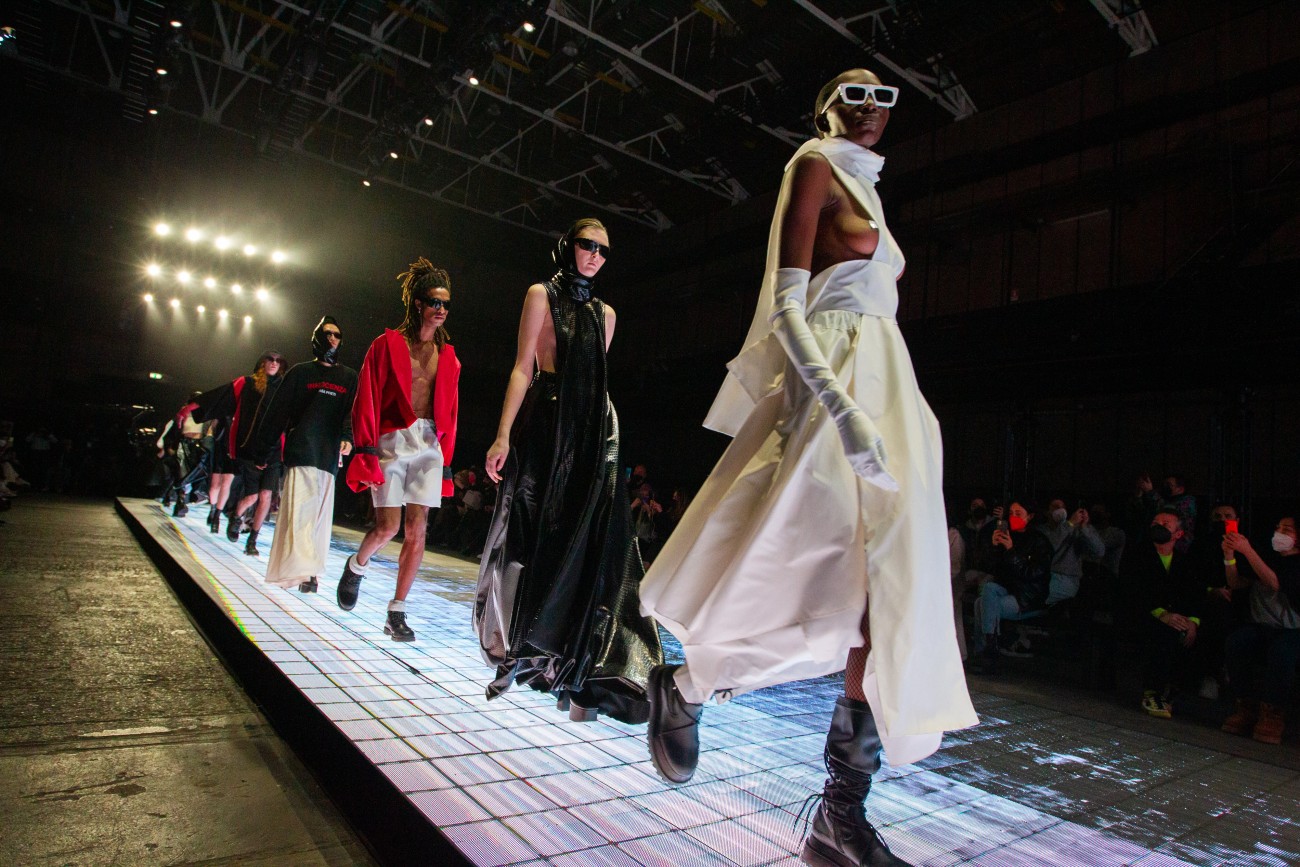 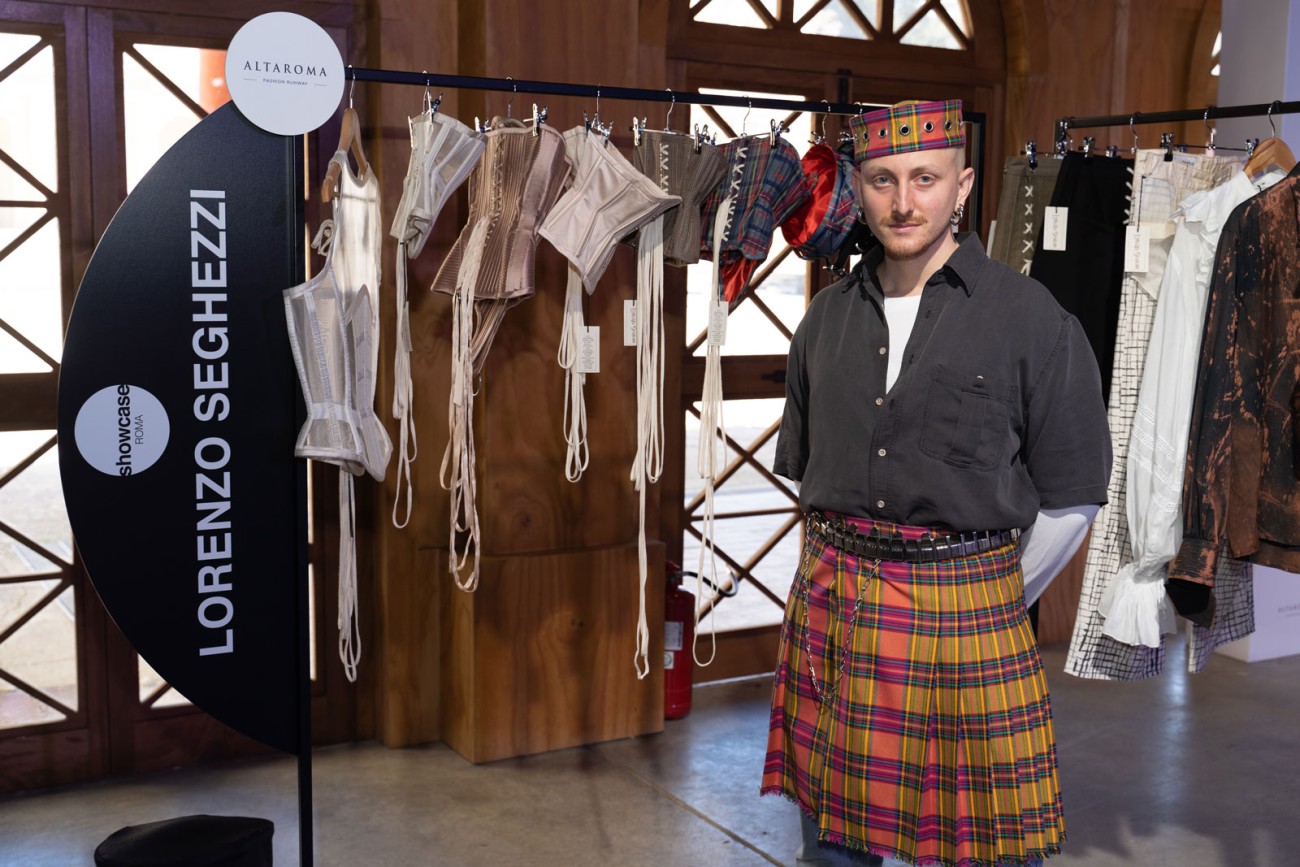 “Corsetry materials are very specific,” explains Seghezzi, who has a forensic passion for sartorial skills. “I try to mix different techniques and styles with my own creativity and personality to create unique designs.”Though giving a strong kink aesthetic, Seghezzi’s headwear actually draws inspiration from the fez-hats popular in Eritrea and Ethiopia.

“There’s a neighbourhood in Milan – the queer neighbourhood, which is also the east African neighbourhood. So it’s beautiful to see these two cultures which are quite separate – I mean, in many places in east Africa you can’t be homosexual – mixing in the same neighbourhood and supporting each other.”

“I tried to create a collection which is an homage to and a mix of east-African dress and aesthetic, and queer underground aesthetic – which is my own.”

Seghezzi’s practice of sartorial homage has garnered him a tight-knit following. Scrawled in spidery print across the chest of several designs is the slogan ‘QUEER REVOLUTION’.

“In August last year, Ava Hangar from Italy’s Drag Race asked me if she could have the phrase tattooed on her chest,” says Seghezzi. “It was surreal to see something I had handsewn in my room on a show that I’ve worshiped since I was twelve! Pure queer art is so needed in Italy right now.” 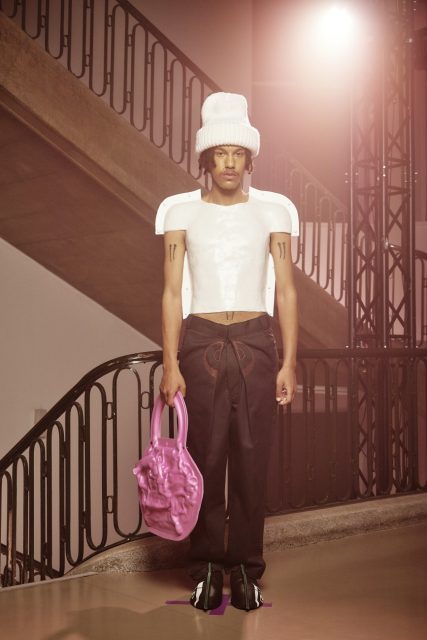 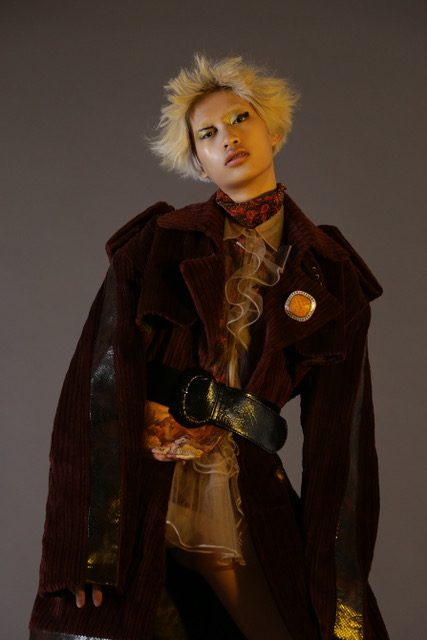